A couple of elections ago, I made the mistake of posting some political articles on this blog. I jabbed a hornet’s nest and heard about it for months after. This isn’t a political blog, it’s a marketing blog, so I’ll keep my comments to myself. You can follow me on Facebook to see the fireworks. That said, marketing is the foundation for absolutely every campaign.

In this campaign we see Donald Trump wagging the traditional media dog like a true professional. He’s been in the spotlight for years and understands how to get people talking about him. And no doubt that’s worked as the rest of the Republican candidates have all fallen by the wayside. While that builds notoriety, it may not win him the campaign.

Email has become the gatekeeper of our online identity. Think of it this way, how many forms and services do we sign up for by inputting our email? This has made email, if used correctly, one of the most efficient marketing tools of any industry, as is clearly reflected in our survey data. For many people however, these factors have also made email a time consuming and organizational quagmire. This is why we created Alto Mail, to help email users easily manage and track all of their mailboxes. Marcel Becker, Core Product Director at AOL

We’ve already seen quite a few elections go by where the digital marketing front was really what mattered. In his first term, President Obama’s team ran a ground game that built the largest donor and political action databases in history. Bernie Sanders’ campaign team obviously followed his example. While Sanders won’t win the primary, his donor database has produced an enormous sum of funding, all in small increments. And he did this while Hillary Clinton had access to the Democratic database for quite a while before the party relinquished control to both candidates.

It’s a fascinating election from a marketing standpoint. While approval rates are dismal and candidates seem to be running away from centrist positions, the response rates through traditional and digital mediums are off the chart. It will be fascinating to see the impact of each of the candidate’s marketing game come November. Alto Mail put together this infographic on the data. 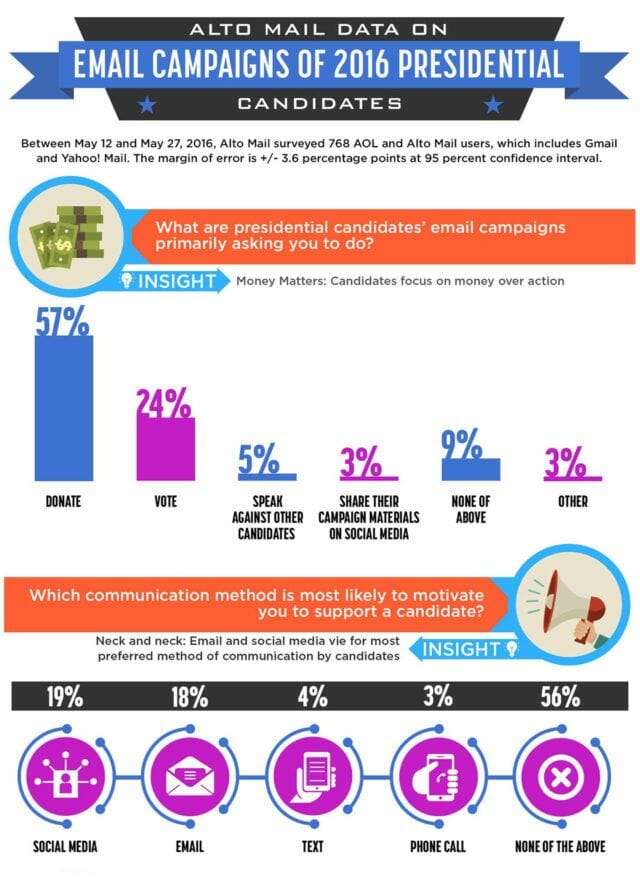 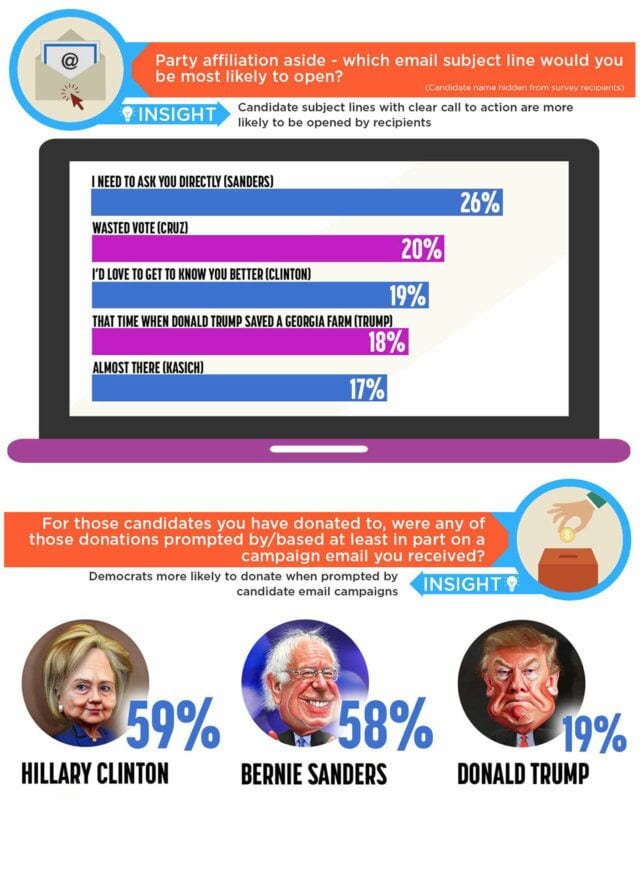 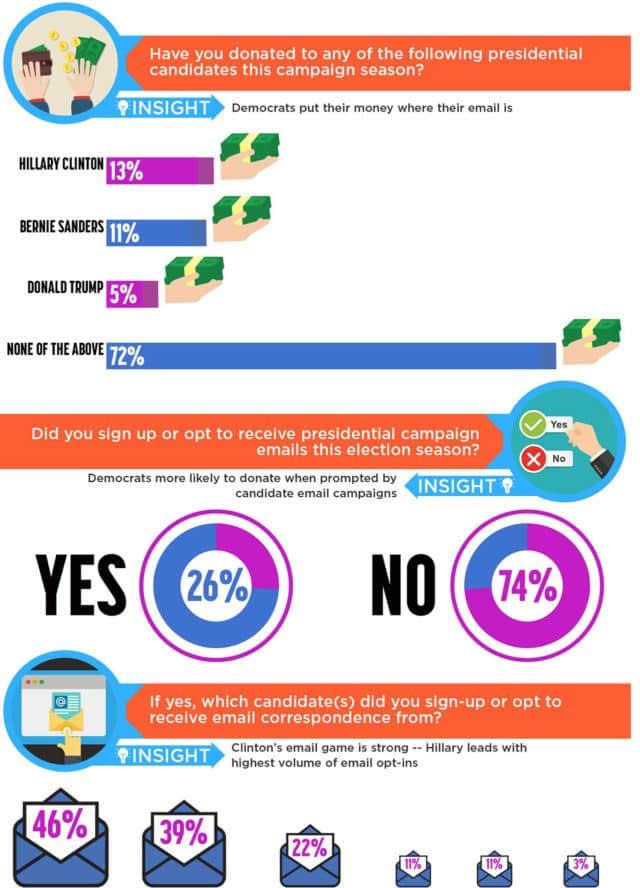 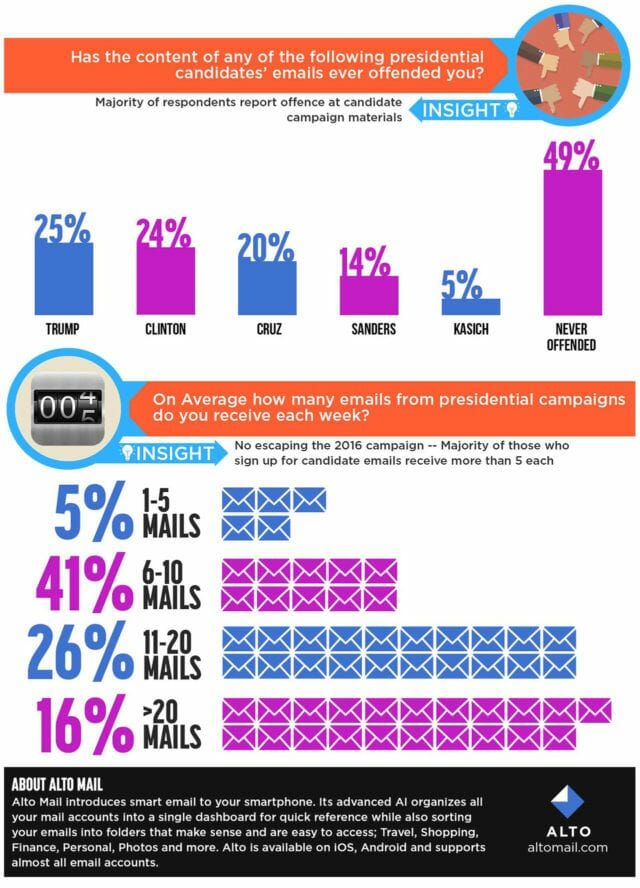