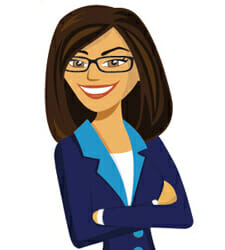 Ever since I picked up @kyleplacy‘s and @edeckers‘s book “Branding Yourself” I began to second guess a decision I made early in my young tech start-up. Years ago, I created a persona named Addy. She was a feature of the software, but more than that, she was the most hands-on servant to our customers. My goal was for people to associate her person with AddressTwo more strongly than my own. It worked. And today, I begin to wonder: was I wrong to want someone else to be the face of my company—someone fake?

Let's start with the why. This wasn't some twisted social experiment. This wasn't a warped view of reality born out of my reclusive childhood playing Legend of Zelda and other RPG's (which I didn't, btw). This was a calculated move. You see, I was fresh off the heals of a previous business venture where everyone did business with Nick—not Nick's company, not Nick's staff, just Nick. And for me, that meant Nick didn't get vacations and more importantly, Nick could never sell that company for billions and retire with Nick's wife and kids.

Addy was invented to be a better Nick. She doesn't sleep. She doesn't have family who wonder why Addy is always checking email late at night. She also won't develop pancreatic cancer and leave her post sadly and abruptly. Addy won't get a better deal from a bigger startup and bail with our customer list. She won't piss people off with her ultra-conservative right-wing political and religious views that she just can't resist posting on the company twitter account. Addy just smiles and serves.

But try as we might, she's not a person. Pinocchio was fiction. So which am I? Creative? Or cold?

As a technology consumer, I can't think of any other corporate avatars that I feel a strong connection with. Remember the paperclip with eyes and a mouth that bounced around the corner of MS Word 2003? What a jerk. He was never there when I needed him, but made it take twice as long for the program to load. Twitter has made one avatar the most hated in the social media world: the Fail Whale. I fear that if there's one more outage, a mob of angry Californians will hunt hump backs into extinction.

Has anyone successfully accomplished what Addy is designed to accomplish?

When I think of great tech companies, I think of the people behind them: Steve Jobs, Bill Gates, Scott Dorsey, Chris Baggott, Scott Jones. Nevertheless, Addy's job only keeps expanding. She is hosting our new small business university, sending out our newsletters, and may soon replace me as the personality behind @addresstwo twitter handle. Are we hurling further toward an impersonal abyss, or blazing new ground with reckless abandon?

Nick Carter is truly an entrepreneur at heart. He is the author of Unfunded, as well as the founder of AddressTwo, a small business CRM software that provides entrepreneurs with tools and processes to manage their sales and automate their marketing.