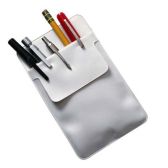 Working with some exceptional programmers, I often find myself in meetings with architects, leads and developers who (I think) love to throw some big words or phrases out there to try and scare the heck out of Product Managers or their clients.

It’s one of those things that programmers like to do. Here’s ten of them with a very simple description (that will undoubtedly draw the ire of developers everywhere as I hack their terminology to death with my simple car metaphors):

I realize that my metaphors weren’t always perfectly on target. I hope they helped a little bit, though!

Some advice when you hear these words in your next meeting with a developer… don’t run back to your seat and look them up on Wikipedia, they’ll be watching. Don’t flinch, they’ll attack. Here’s what to do… ponder out the window as if you’re in deep thought and then look back with an inquisitive look or scratch your chin. Wait for them to follow up their declaration with more info.