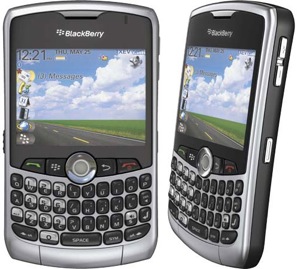 After months and months of deliberation, I finally did the deed and purchased a Blackberry Curve 8330 tonight at the Verizon store.

I've been using a Samsung touch screen for the last year and have missed countless calls, can't synchronize calendars, and can't stand having to look at it to answer a call.

I'm a big fan of Apple, but I've been messing with my iPod Touch the last month to see if I could get used to the touch screen. I can't. For those of you that say it gets easier, it hasn't… I don't want a phone that I must be looking at in order to operate it.

IMHO, it seems to me that touch screens have taken us back a step, not into the future.

As well, too many of my friends moved to the Blackberry. Chris Baggott, CEO of Compendium even got rid of his iPhone to return to a Blackberry. Adam Small, CEO of Connective Mobile, has been trying to talk me into a Blackberry for a while. And new friend Vanessa Lammers told me how much she enjoyed her Blackberry.

Heck, if President Obama can't do without his Crackberry, I can only imagine how great the service and the product is. Tonight I'm just figuring out how to make and receive phone calls. As recommended by Adam, I downloaded Twitterberry so that I at least can tweet from it!

So… all you Crackberry-addicts, let me know your favorite Apps!