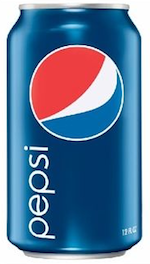 More and more businesses are embracing technology when it comes to their marketing strategies. When Pepsi pulled out of the Super Bowl, traditional journalists called it a gamble.

Not advertising in the Super Bowl is a gamble? Really?

Let’s not forget that Pepsi profits fell 43 percent while they actually did pay for Super Bowl advertisements. Hmmm, sounds like Super Bowl ads didn’t quite pay off.

This doesn’t include, of course, the real gamble… hiring an agency that can produce a commercial that will actually drive tons of traffic to your brand. Let’s pretend it each can of soda profited $0.10… that means that Pepsi’s advertisements have to drive each of those viewers to buy at least one Pepsi (over 100 million sodas) simply to cover the costs of the ad.

That didn’t happen, nor was it going to.

On the contrary, by embracing digital media, Pepsi can invest in viral or social technologies at a fraction of the cost and reach the same number of viewers. Of course it wouldn’t happen in a single event across 2 minutes… but who in their right mind would want it to? Pepsi needs a long-term strategy and some great products to bring it back.

What if Pepsi sponsored a ‘best viral advertisement’ contest where the winner won $1 million? With another $1 million in additional prizes? Perhaps they promoted the contest across Youtube, Twitter and Facebook with an additional investment of $1 million.

Which technique do you think would reach more… and with a more relevant audience and message? Technology and marketing are becoming more integrated with one another and its time that more companies opened their eyes to the incredible possibilities available.

Just a note: I’m not, in any way, debating whether or not Super Bowl Ads work. GoDaddy has had great success over the years in acquiring domain registration market share with some ridiculous commercials. This is just a great example of when it doesn’t work and opportunities for increasing return on investment with digital media.

Another note: I think Pepsi needs to ditch the new logo as well. It’s dumb.