Tonight I got home and received a FedEx addressed to my blog from Grasshopper. Curiously, I opened the package and actually found a package of real chocolate covered grasshoppers – now that’s a marketing campaign! 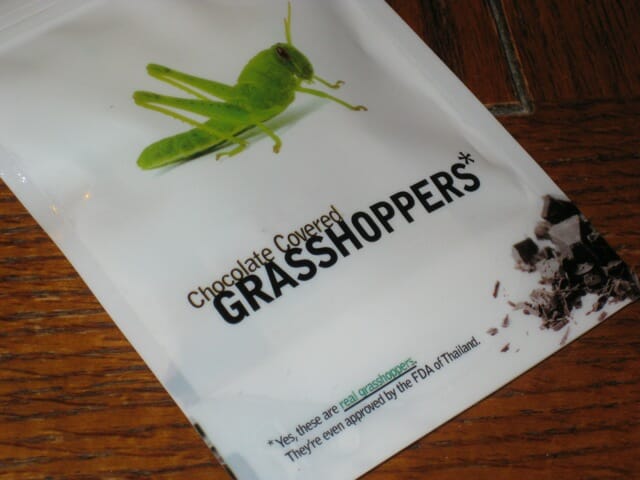 Read the fine print! The package then references a message from Grasshopper to Entrepreneurs:

Grasshopper may not be what you think! It’s actually an integrated virtual phone system (virtual pbx) for your company that includes toll free numbers, forwarding capabilities to home, mobile, office… and even online voicemail to email capabilities. Costs range depending on the package you would like – but they start at $9.95 per month and range up to $199 per month.

I’m a sucker for a marketing campaign that sticks out from the crowd and this is one of them! I’d like to learn more about how Grasshopper determined that entrepreneurs were a prime target audience for this campaign. I also look forward to finding out how the campaign works out. If it doesn’t result in direct revenue, it’s surely going to bring awareness to Grasshopper!

It will be interesting to see how the service will compete and hold up to Google Voice when it goes live. It appears that Grasshopper has some robust functionality, but the price and minute ranges could be constraining to some small businesses.

As for the chocolate covered grasshoppers, I tried one and so did a friend of the family. It tasted like chocolate… with a bit of a crunch. My son and daughter refused to try one.