When I spoke in San Diego on Social Media Trolls, Crisis and Blunders, the most important aspect of the entire speech was the unnecessary fear that’s perpetuated through social media whenever a company slips up.

The half-life of a social media meltdown is directly related to how quickly the next company slips up.

And that’s happening every few minutes now. All the buzz this week is the post on Amy’s Baking Company in Scottsdale, Az. Now… before you go and read that post, just read through this post before moving on.

I was lucky enough (or unlucky enough) to work on the tech side of the restaurant industry a few years ago. Margins were tight, employee turnover was ridiculous, customers were rude, and the hours and pressures on restauranteurs were beyond reproach. I won’t ever open my own food-related company… ever. I have friends in the industry today and it’s truly a business that you have to love because there’s not too many other benefits. 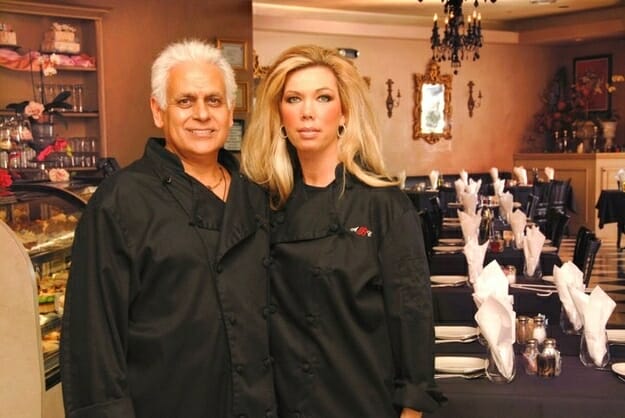 So, imagine you’ve finally started your dream and built your bistro. Imagine now that you’re struggling to keep your restaurant afloat and an opportunity comes by to get some public attention through a reality television show.

What could possibly go wrong?

Well… since the reality television show is a multi-million dollar enterprise in an of itself, there’s quite a bit. The job of Gordon Ramsey isn’t to take a restaurant and fine-tune it on his show. Viewers have come to appreciate the fact that he’s both rude and arrogant… that’s entertainment. And the purpose of the show is to ensure the restaurant is depicted in the worst possible light so that Mr. Ramsey can walk away looking like a champion.

It’s called Kitchen Nightmares, folks. And dare I say they’re loving the implosion… there’s a video of the episode on their home page.

That’s not an absolute criticism of Mr. Ramsey. I watch the show and, when he nails it, he nails it. But he’s still an entertainer/chef/businessman. The owners should have known what they were getting into. In this case, the show didn’t have a happy ending, Ramsey walked away from the restaurant, and the world responded through social media by attacking owners Samy and Amy Bouzaglo via Facebook.

UPDATE: For a great show on how reality television works, watch this incredible Charlie Brooker show:

That said, it’s not unwarranted. Amy’s Bakery Company isn’t a national chain, it’s a struggling bistro in Scottsdale, Arizona. The people attacking Amy’s Bakery Company haven’t eaten there, weren’t going to eat there, and would have never even known it existed until the episode on television.

The next phase of a social media meltdown, of course, is for the social media pundits to all open their blogs and begin tap, tap, tapping away at how they would have rescued this company from pure demise and how terrible the owners were for defending themselves on social media the way they did. Sure… they didn’t do it well. But I can’t blame them. Imagine you were in their shoes, your life’s work was depicted as a nightmare on national television, and you were left with the legions of trolls on Reddit, Yelp and Facebook defacing your company.

I’d be pissed too. And I’d respond as well.

So What Did We Learn

The restaurant netted national attention, about 50k+ followers on Facebook, and – I can’t confirm this – but I’m sure they’re dining room is now full. Their website is so busy that it’s crashed. And of all the folks making reservations in Scottsdale to eat at ‘that place on Kitchen Nightmares’, I’m pretty sure that some of them are going to go home and say… ‘Wow, that was pretty good’!

And so goes the half-life of the social media meltdown. Far from the howls and screams of the social media pundits, you’ll find that the episode was nothing more than a fart in the wind. Sure, it smelled bad for a few minutes, but it will be okay soon.

Don’t believe the social media hype, folks. Every company can recover. And my prediction is that Amy’s Baking Company will rebound quite nicely.