In the last few months, we’ve had at least a dozen releases of new functionality in our application and our integrations. Unfortunately, we also have a few projects that were started many, many months ago prior to my arrival that still aren’t ready for production. It’s not the team’s fault, but it’s now my responsibility to get to production.

There’s no question that I have the right team and the right technology. But 90% of the work has been done for too long. 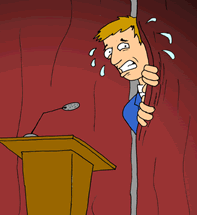 Once a project gets delayed, the risk actually increases that it will get delayed again. In past jobs, I’ve actually heard sighs of relief when a deadline was broken… because it buys more time for completion. Employees always want to do a great job and developers especially love to show off their talent.

We had a demo a week or so ago that didn’t go over too well. The developers showed up late, they initiated a request manually with their application (a bit of a hack), and then the transaction failed. When it failed, there was silence. And more silence. And some more. We talked through some possible solutions and then politely closed the demo.

After the demo, I spoke to the development director and he assured me that the project is 90% complete.

I explained to him that 90% means 0% in sales. 90% means that the goals were not met. 90% means that the expectations set with prospects and customers have not been met. While I agree that 90% is the majority of the work, it’s not a success until that last 10% is completed. That adds up to 100% by the way ;).

This week, we saw the demo again and it was a thing of beauty. We’re now tweaking the final product and I’m confident we’ll release in upcoming weeks when we’ve committed to our clients. I let the teams know how great a job they did and how much we appreciated the work. It’s not a homerun… that will be when we’re production ready but the bases are definitely loaded.

Remember that the last 10% is the toughest. It’s the last 10% that makes and breaks business. Planning, preparation and execution on the last 10% will make all the difference.