I had heard about Klout a while ago but didn't pay much attention until I met some of the Klout team in Las Vegas. I tested it out and found that some of the scores were lacking. For instance, many of us had multiple pages, multiple accounts, and a history online that spanned a decade… but Klout wasn't impacted by all of that.

The last time Klout updated it's score, they lost me altogether. The score was directly influenced by recent activity… even more than it had been previously. My score's downward spiral wasn't teaching me anything about interacting socially. So I stopped watching.

Klout just finished a major update of the score and I've been playing with it since they launched it. I've looked up influencers, been monitoring my network, and been using the Klout mobile app on a daily basis (it's a bit addictive… get it). One cool feature of the mobile app is that you can have it display your score as the alert number on the app itself. You don't even have to open the app to see your score anymore!

One of my favorite features is what happens when I click on another profile. The dynamic page actually produces a nice graphic showing where I should be connecting with the influencer, on what topics, and seeing which influencers we have in common. This is fantastic for any marketer…. the ability to search by topic or influencer, and understand where and how to connect to that influencer is a huge benefit to expanding your reach. 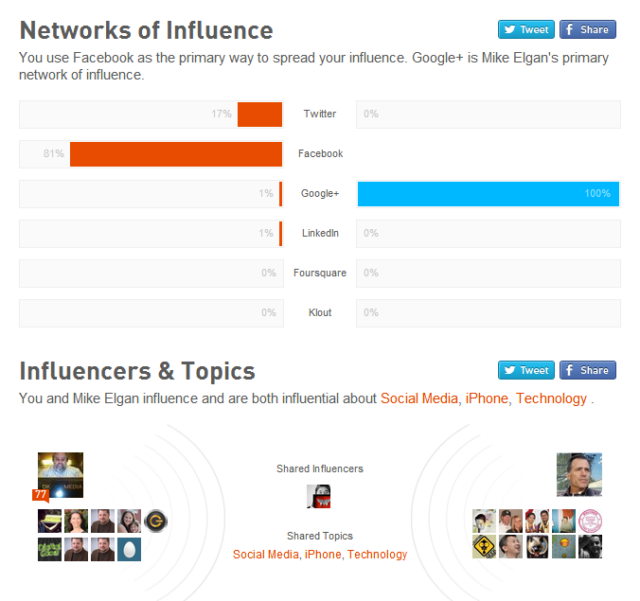 I would still love to see Klout provide some tips in their grid of Klout styles. While I appreciate being named a Thought Leader, I'd love to see some tips or best practices to help me become more balanced in my approach in utilizing social networks… perhaps a little more sharing and participation. I don't want to hack my Klout score, but I would like to see if I can adjust my behaviors and have Klout tell me whether or not it's working.

Here's Klout's video on the new score… and a preview of Klout Moments which is launching soon:

The Klout Score currently incorporates more than 400 signals from seven different networks and is processed daily to update your Score.

Kudos to Klout for reinventing itself… they've been a big target for social media folks over the years but I love that their team (affectionately known as Kloutlaws) are still trying to develop a simple methodology for discovering and measuring influence online.