Yesterday was a great day at The Bean Cup. Patric stopped by from Noobie, Doug Theis from Lifeline Datacenters and later in the day, Adam from Text By Request.

Lifeline Datacenters has a really cool, and ironic, story in their new Eastgate Mall facility. The Indianapolis Business Journal did a story on them when they finished the purchase, but now the facility is now coming to life. It’s a full-featured datacenter with every bell and whistle, and I believe the only Tier IV in Indianapolis – and the largest in the midwest. 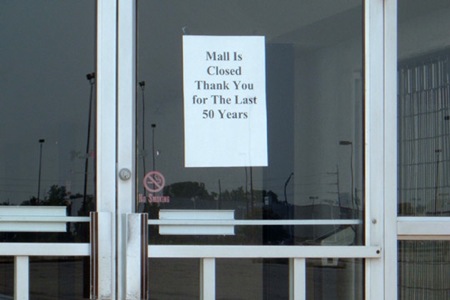 Eastgate Mall was built in the 50’s and flourished through the 70’s. It was officially dead after 50 years of service. Built in the height of the Nuke build-up with the USSR, some of the mall has underground bunkers that were built with federal tax credits at the time. So – here you have a facility with tons of square footage, access to traffic, multiple power feeds, generator, cooling, bomb shelters… and the mall dies.

What do you do with an empty mall? 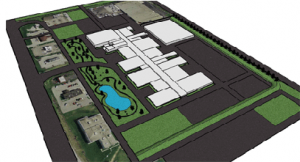 Build a datacenter in it, of course! I’m not sure who had the original vision for this project, but it’s brilliant – and ironic. Now that a great portion of retail has moved online, how cool is it that a mall is converted to a datacenter? It’s the ultimate irony in my book! Eastgate may have closed it’s doors to foot traffic a few years ago, but it has the opportunity to be resurrected into one of the largest, high-sales, ‘malls’ in the country!

I’m going to try to setup a time to get a tour with Doug in the next week or so. I can’t wait to see what they’ve accomplished!