PacketZoom, a company improving mobile application performance via in-app mobile networking technology, announced a partnership with Amazon CloudFront to include CloudFront in PacketZoom’s Mobile Expresslane service. The bundled solution offers mobile app developers the first and only mobile platform for all their network performance needs.

PacketZoom is the leader in the mobile app acceleration space with its Mobile Expresslane technology, which speeds up mobile apps by up to 3x and rescues up to 90% of network disconnects for mobile app publishers including Glu, Sephora, Photofy, Upwork and others. PacketZoom improves the user experience on mobile apps by eliminating performance roadblocks in the mobile last mile. Its mobile platform offers a complete, end-to-end product suite for Mobile App Performance Management & Optimization (APMO). 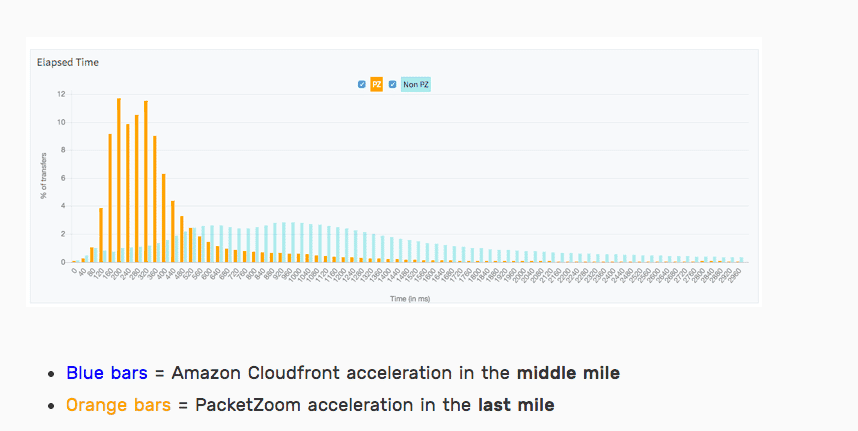 We are excited to offer the best of both worlds: Amazon CloudFront – the most popular Web CDN among mobile developers – along with PacketZoom Mobile Expresslane – the leading mobile app acceleration solution. It’s been a natural product evolution for us, since many of our customers are already using CloudFront. Shlomi Gian, PacketZoom CEO