When I happened across a really funny video of Bill Gates and Napoleon Dynamite this week, I decided to do a little test. Not realizing that it was a somewhat aged film, I posted it on my blog and submitted the blog entry to Digg. According to their website:

Digg is a user driven social content website. Ok, so what the heck does that mean? Well, everything on digg is submitted by the digg user community (that would be you). After you submit content, other digg users read your submission and digg what they like best. If your story rocks and receives enough diggs, it is promoted to the front page for the millions of digg visitors to see.

It's cool and it's addicting. Good content rises to the top… others simply drop off. As well, there's a social aspect since you can see what your friends digg and they can see what you digg. Simple and nice. Netscape is working on it's own knockoff (recently hacked by diggers). And another ‘social annotation' site was launched this week, Diigo. It's a little clunky, but allows you to leave sticky notes on sites that your friends can read if they are members of Diigo as well.

Anyways… I added the digg entry Sunday night. By Monday morning, my site had burped, sputtered and died due to the high volume of hits in the short period. (The site was actually okay, my engineers tell me that WordPress can get a little touchy under high volume). Here are some stats: 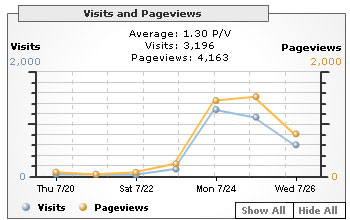 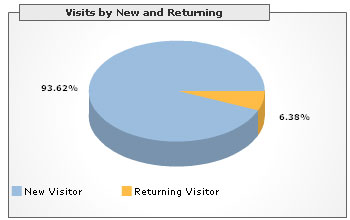 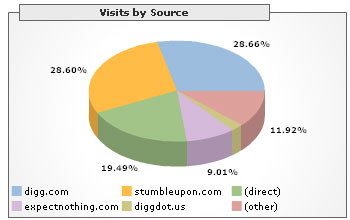 A recent entry from Seth Godin predicted popularity growing for ‘face to face' personal video hitting the net. He states it's not about companies as much about people. But people ARE companies, aren't they? I put an aging humorous video of Bill Gates up on my site and my volume grew overnight by over 1000%. So – perhaps it is about people… the people behind the companies.

Either way, this points to the power of social networking, as well as the speed of social networking on the net. Perhaps we can call it the ‘Digg' effect. Obviously, when you look at the numbers, the social networking of the net is powerful and should not be ignored. I just exposed my blog to over a 2,500 people in 48 hours! My Feed stats are up 2000% in 48 hours. That's encouraging. It means that readers looked beyond the goofy video and are taking an interest in my content.

The question is can I keep them?

Thankfully, I don't think Digg can be spoiled by evil marketers. After all, it's ‘diggers' that decide what makes it and what doesn't. As a marketer, though, I may want to invest some time and resources in some entertaining content that will be ‘digged' and will get the word out on my brand or product.