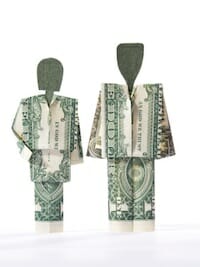 In case you hadn't heard, there's a $105 million class action lawsuit against Arianna Huffington for selling to AOL but not providing any pay to the bloggers who helped develop the Huffington Post into such a powerhouse blogging community. I'll skip the irony of a wealthy lefty making a quarter of a billion dollars off the backs of others (ouch!)… and get straight to the point.

As a guy who has over 50 bloggers that periodically blog here at the Martech Zone, I totally agree with the unpaid bloggers. They do deserve compensation.

Martech Zone pulls down some money in sponsorship and advertising, but we continue to reinvest those funds into marketing, design, and expansion into podcasting, email and video. We also continue to improve the site speed and stability. So… if you counted it all up, we're still operating at a loss.

And I honestly like it that way and will continue to operate at a loss as long as our content is improving and we're continuing to grow our readership. None of our authors have ever recommended I do anything different. I believe they appreciate the spotlight and the opportunity to write with the best marketing professionals on the planet.

That said, I don't think it's too difficult an issue. Arianna Huffington and her crew could have easily implemented analytics and identified the bloggers who drove the most value (via traffic) to the site. They also could have developed some essential cost analysis on the advertising, promotion, and infrastructure investments they made. Ultimately, I believe had the Huffington post done that, she could have negotiated a nice chunk of change for her bloggers who provided the most value.

That said, Arianna now has a quarter of a billion dollars to invest in a great defense… which probably won't have to do more than point to their terms of service that everyone agreed to when signing up. Forbes agrees that it's a longshot.

The truth of course, is that there's no way the lawsuit can win. If it does, every member of Facebook will be owed some cash, every search engine result in Google will be owed for the pay per click it generates, and every tweet may be worth a few cents to the tweeter – driving all of these companies out of business. Not gonna happen. Sometimes life is not fair – this is one of those times.

I encourage every business to get off of these free platforms and begin owning their own content. If you're talented enough to write content that attracts an audience, why in the world would you give that away to someone like Huffington? Don't do it! Scratch and work your own content into an income. Do a guest post here and there with the goal of bringing that traffic back to your site. It's why we're working hard to prominently display our authors in the footers and sidebar.

Of course, if AOL would like to purchase Martech Zone for $250 million (or even $25 million), I'll gladly portion out the dollars by those who provided the most value to the site. Content doesn't have value unless it brings visitors. Arianna Huffington should have recognized the value that some of her bloggers were bringing.