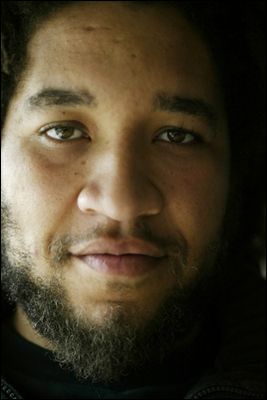 The tragic death of Mpozi Tolbert, 34, is being investigated by Indiana State officials to determine whether or not there were OSHA violations.

I never met Mr. Tolbert while working at The Star, but was in the elevator a few times with this gentle giant. I remember his dreadlocks would take up half the elevator! Everyone from the newsroom would smile and say hi when he was around. I had read that Mpozi was known to have actually kept food with him to feed the homeless. If you do a search of the Internet you can see how talented an individual he was.

The exact details of Mpozi’s death appear to be playing themselves out in the blogosphere rather than the newsroom. Ruth Holladay, a former journalist with the Star, has been blogging regularly about Mpozi’s death and is very critical of The Star. Having met many of the senior editorial staff at the Star, I can personally say that I am sure all of them are saddened by the death of Mr. Tolbert. It’s possible to be critical of the Gannett organization and the security procedures, but I don’t think it’s fair to attack the good people that work there.

The specific requirement for employees to call security rather than 911 is at the root of the controversy. Having been through The Star’s employee indoctrination, I can tell you that this was a fairly controversial rule that was discussed at length. Access to an elevator also appears to be a problem. The building is quite old, so there’s only 2 elevators that are accessible by all employees – and both are fairly confined. In this situation, it appears rescuers were diverted to the employee entrance elevator, something that may have shaved minutes off their attempt to save Mr. Tolbert.

Either way, the world lost an incredibly talented and very good man. Photographers have a special gift that allows us to see the world from their eyes.

My condolences go out to Mpozi’s family, girlfriend, friends, and co-workers… including all of the staff at The Star. What a great loss.