Of course television is an established traditional medium, but when we add second screen behavior it seems to me that some social mediums are better than others. Between Facebook and Twitter, I see many more conversations happening within Facebook than on Twitter. But on Twitter, I see a lot more posts that may or may not illicit feedback.

If I’m engrossed in television, I’m not sure I want to be engaged in a running conversation or debate – so Facebook isn’t really ideal for me. As well, it’s my belief that hashtags have been incorporated deeply into the behavior of Twitter users. Television lends itself well to the hashtag… with many shows and commercials now being accompanied by a unique hashtag as you watch.

So… is there a behavior of Twitter users that aligns them closer with television? Or is it simply a matter of the medium lending itself better to second screen behavior? My belief is it’s the latter! Either way, there’s no doubt there’s a huge connection between the two.

Taking our white paper and infographic together, we find that Twitter users are more likely to watch TV and be in a position to be influential in the decisions of others when it comes to the question of “what do I watch next?” They are also more likely to be sought out for their opinion on TV, and are very engaged within the space. Gavin Bridge, IPSOS

Here’s the IPSOS infographic. Be sure to download the whitepaper, The Twitter Effect: Understanding Twitter’s Role in TV Behaviors, for additional detail. 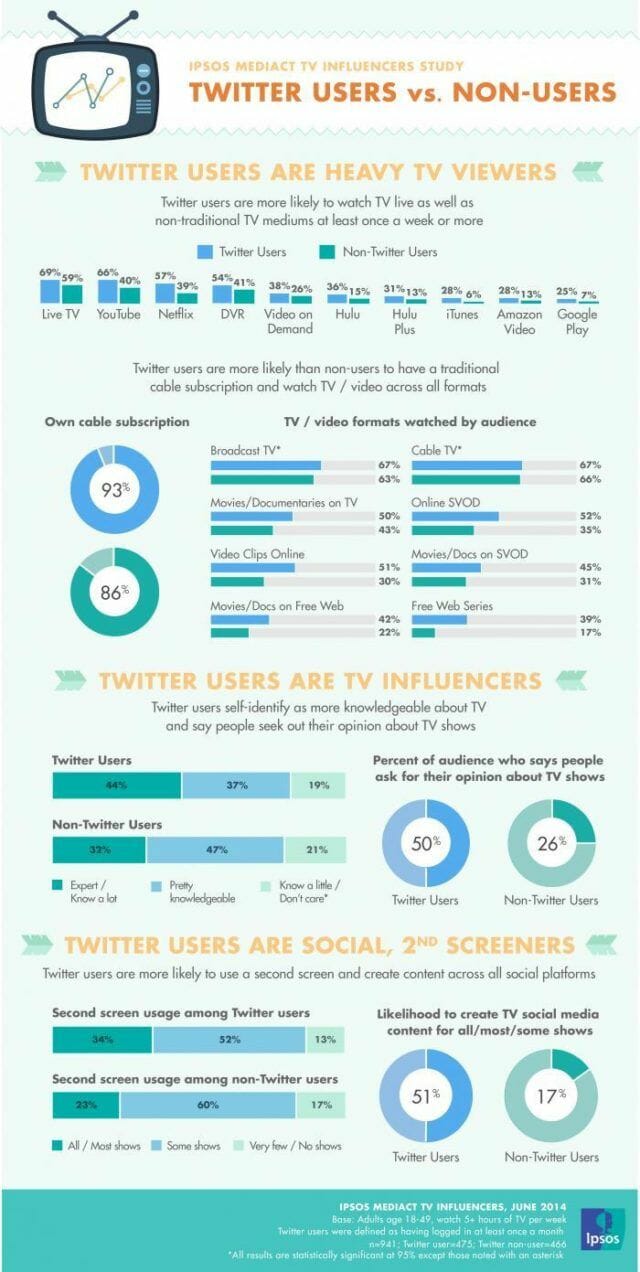