I didn't even know they were trying! Wal-Mart failed at building a Social Networking site for Kool Kidz. 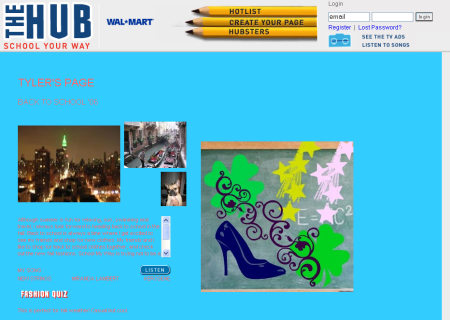 I'd like to make this an open post because there are far too many jokes here. How about this? Best joke on why Wal-Mart's social networking website failed (and perhaps beyond to the internet in general) gets $50 deposited in their Paypal account. We'll stop at 101 jokes and everyone is allowed to put in a single joke. I will not post any jokes that are offensive (unless they are simply offensive to Wal-Mart).