A client asked me on the phone today, “What does blog stand for?”. I let him know that it was short for web log, and evolved into the abridged blog. A few minutes after the call, I received a note from my good friend, Dr. Thomas Ho, who asked, “What's YOUR opinion of this?” and he left me a link to Paul Boutin's Wired Essay, Twitter, Flickr, Facebook Make Blogs Look So 2004.

I read the essay and was not only unimpressed, I was disappointed in Wired for even accepting this drivel as plausible. It really bothers me that someone would take their bully pulpit and write an essay – with no supporting data.

Who the hell is Paul Boutin, I wondered? Is this some kind of social media prophet? Marketing guru? Communications expert? Nope.

Paul Boutin Bio: In his words… I went to MIT. I didn't graduate. I grew up in working-class Maine, but live in upper-class San Francisco. 20 years of information technology experience and an overlapping 12 years writing for national publications. This explains everything about me you need to know. 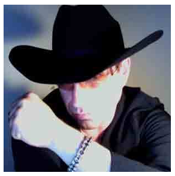 Wow. Paul Boutin is a correspondent for the Silicon Valley gossip site Valleywag.

What's Valleywag? Ahem… it's a… blog.

I'm looking forward to the folks who own Valleywag immediately pulling the plug based on Paul's infinitely knowledgeable feedback. Paul… stick to cheesy cowboy hats, sunglasses, bracelets and gossip. And stay away from Wired, you're making them look bad.

Don't Pull the Plug on YOUR Blog

The medium has evolved enough that companies are finding value in it. They are now recognizing that acquisition strategies through search engines are an incredibly inexpensive strategy. They now recognize that transparency and an ongoing conversation with clients and prospects are now effective retention tools. Companies, such as the corporate blogging application that I work for, are finally listening… and executing.

We're changing the world, but this is just the beginning. Don't listen to Paul's linkbait and pull the plug on a process that's having such an incredible impact!

Paul should know that we lived during a stage in the Internet where one conglomerate provided the gateway to all information – it was AOL, sometimes known as AOhelL. Facebook is the modern, social, version of AOL. Sure it has it's place. I'm on Facebook and everyone I know is.

Everyone was on AOL, too.

Someone will create something better than Facebook, I promise. I'm there now until the ‘next big thing' pops up. Facebook is an evolution, not a destination, of technology. Just as MySpace before it, Facebook, too, shall pass.

Twitter is a fantastic medium as well. I love twitter and have for quite a while. It's a unique medium with tons of potential. I don't think we're at the half-way mark of how it can be fully utilized. Twitter is a medium, though, nothing more.

The king and queen of the Internet are still Search and Email. Both of these technologies are a decade old and have an unlimited future. Blogging takes advantage of Search and is a communication medium that's non-intrusive like Email. It's an incredible medium and one that is still evolving.