The mobile marketplace is fragmented more than ever before, and with time, can become even more fragmented. 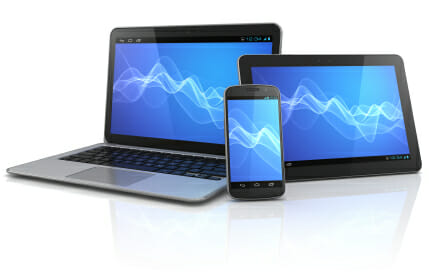 Latest research by comScore Inc. covering the last quarter of 2012 reveals that Android has retained its position as the most popular OS in the mobile space. 53.4% of mobile devices now run on Android OS, and this represents a 0.9% rise from the previous quarter. Apple iOS powers 36.3% of all mobile devices, but has seen a larger growth in this period, with an increase of 2% from the previous quarter. Apple’s gain seems to be BlackBerry’s loss, as this device is only relevant with 6.4% of smart phone users, which is actually a 2% loss from the third quarter. The rest of the space is occupied by smaller players such as Windows, Symbian, and others.

The figures that depict Android as the dominant force in the mobile space are, however, deceptive. iPhone users engage in ecommerce more than Android users do. Furthermore, smartphone users are not a homogenous group. Multiple devices run on this OS, and each device varies significantly on screen size and other characteristics. Even Apple’s iOS, until now, offering consistency across devices, seems to go the Android route, with the iPhone 5 having a different screen size from its predecessors. With more and more new devices of various configurations and screen size ready for launch, and even new operating systems such as Android and Ubuntu, are all set to enter the mobile space. As a result, it will become increasingly harder to develop native apps that work seamingly well across devices.

This poses a significant challenge for the retailer who is trying to provide a consistent consumer experience through their mobile apps. The present practice of developing apps in the native language of the device not only multiplies the work, but also leads to many subtle and open differences across devices. Variations in device configuration degrade user experience significantly.

So, how do we handle this problem?

HTML5. Using HTML5 as the platform for the mobile app provides the exact visual and functional results across all devices: Android, iOS, and even traditional web browsers. Video and media support, cleaner code, better storage – these are all benefits of using HTML5.

Are you using HTML5? Why or why not?