According to Youtube, 72 hours of video are uploaded every minute! Twitter users tweet 400 millions times per day. In a world so full of noise, it is hard for a product, website, or service to be heard. It is even harder when there is nothing truly exceptional about the thing being marketed. Every day, marketers are confronted by the challenge to rise above the noise. In hopes of creative stimulation, I turn to 2009 and the undersea billboard hoax perpetrated by Ivar’s seafood chain in Seattle, Washington.

Ivar’s was founded by Ivar Haglund, a Seattle folk singer who built the city’s first aquarium. The restaurant was founded because Ivar thought it would be wise to feed visitors of the aquarium seafood. He gave his restaurants unusual stylings, modeling one of his locations after an Indian longhouse. For decades, he sponsored a local fireworks spectacular, drawing more than 300,000 people every summer. In the area, Ivar Haglund was somewhat of a legend.

Ivar’s began the underwater billboard campaign by announcing the discovery of documents from the 1950s that provided a map to billboards that the restaurant’s founder had sunken in Puget Sound. Supposedly, Haglund envisioned a future where consumers would be driving personal underwater submarines and he had placed billboards in the Sound to get an edge on advertising to this submarine-driving demographic. Then, news broke that sailors had recovered one of these authentic billboard advertisements from the bottom of Puget Sound. The wooden billboard that was recovered advertised a bowl of clam chowder for just 75 cents and was decorated with weathered paint and barnacles. Other billboards were also recovered.

If the condition of the billboards wasn’t enough to convince some of their authenticity, one of the Seattle area’s most respected historians stepped forward to confirm the findings. Paul Dorpat, a Washington State historian and well-known newspaper columnist in the city, added his name to the mix by giving a statement affirming that the documents were genuine. His trusted opinion, combined with the carefully planned planting and discovery of fake water worn billboards, was enough to persuade the public that the billboards were real. To commemorate the discovery, Ivar’s lowered the price of its clam chowder to 75 cents per bowl – the same price shown on the advertisements.

Ivar’s intended to keep the hoax running until the ad promotion ended, but the wheels began to come off after the campaign caught the notice of a leading restaurant publication. When asked for comment on the story, Donegan admitted that the discovery was a viral marketing campaign that took off a bit better than expected. Following this admission, some members of the public began to denounce Ivar’s corporate executives for planting the billboards and for deceiving the public. Paul Dorpat, the Washington State historian also received public heat for playing along with the stunt.

How the Stunt Affected the Company’s Bottom Line

Despite the momentary bad publicity, this creative marketing campaign was successful! During the billboard campaign, sales of Ivar’s clam chowder increased by over 400 percent, jumping by more than 60,000 sales compared to the previous year. As evidenced from this article, people remember this creative marketing campaign and still talk about it. A Google search for Ivar’s Undersea Billboards Hoax returns over 360,000 results.

Obviously, a good deal of planning and execution went into making the Ivar’s undersea billboards hoax a success. The following are key takeaways for you to think about::

As you can see, the team at Ivar’s went above and beyond the norm. If you are going to succeed, you need to be willing to do what others are not willing to do. Create something absurdly high quality. Craft a hilarious and semi-believable story. Don’t settle for the status quo. In marketing, the cream really does rise to the top. 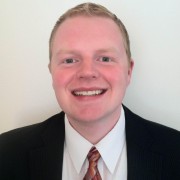 Matthew Schmoldt has been an Internet Marketer since 2009. He is the founder of ohthethingsyoucanbuy.com, a place where he rhymes about amazing products.