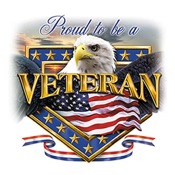 I had the honor of sitting at a table at Techpoint with Indianapolis’ new mayor, Greg Ballard, on Friday. Mayor Ballard and I discussed our service in the Persian Gulf in Desert Shield and Desert Storm. Mayor Ballard was a Major in the Marine Corps. I was an Electrician’s Mate on a Tank Landing Ship, the Spartanburg County (LST-1192) who transported the marines. I became good friends with quite a few of the Corps, especially a couple of EOD guys I worked side by side with for months.

Honoring Veterans is not Honoring War

Honoring veterans does not equate to honoring war. No one wishes for peace more than a Veteran. Please don’t dishonor our military by not recognizing the sacrifices they continue to make for their family and country. They are mistreated enough by their own government – they don’t need to hear it from the very people they volunteered to defend – you and me.