Vectr is a free and very intuitive vector graphics editor app for web and desktop. Vectr has a very low learning curve making graphic design accessible to anyone. Vectr is going to remain free forever with no strings attached.

What’s the difference between Vector and Raster Graphics?

Vector-based images are made of lines and paths to create an image. They have a start point, end point, and lines between. They may also create objects that are filled. The advantage of a vector image is that it can be resized but still maintain the integrity of the original object. Raster-based images are composed of pixels at specific coordinates. When you expand a raster image from its original design, the pixels are distorted.

Think about a triangle versus a photograph. A triangle can have 3 points, lines between, and be filled with a color. As you expand the triangle to twice its size, you’re simply moving the three points further apart. There’s no distortion whatsoever. Now expand a photograph of a person to twice its size. You’ll notice the photograph will become blurry and distorted as the color bit is expanded to cover more pixels.

This is why diagrams and logos that need to be resized effectively are often vector-based. And it’s why we often want very large raster-based images when working on the web… so that they are only reduced in size where there’s minimal distortion. 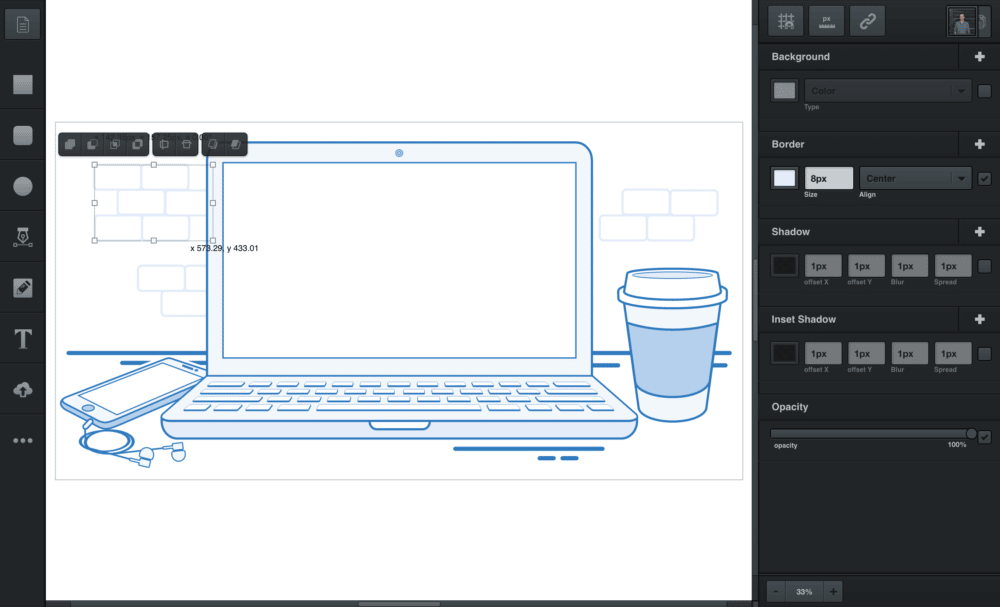 Vectr is available online or you can download the application for OSX, Windows, Chromebook, or Linux. They have a rich set of features in their roadmap that could very well make it a viable alternative to Adobe Illustrator, including embedded versions that can be integrated into online editors.