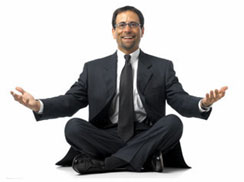 Business cards have always been a fun exercise for me. I’ve always done something different with my business cards – first were my blogging cards with my photo, then packs of PostIt Notes, and most recently a slim card with a dispenser from Zazzle.

Today I was watching a teleseminar of Alex Mandossian in a business education series that I’m subscribing to and he pointed out a great opportunity that I’ve let slip past… three business cards in a row!

Some truths about business cards

What can be improved with my business card?

Let me know if you’re interested in the business series I’m subscribing to. It’s a bit pricy, but if I get a single contract from giving away business cards, it will pay for the entire business series… and I’m just on the first video. I’ve gotten many compliments on my recent cards – but I can’t say that they’ve gone viral or gotten me business!