Zendesk, a web-based customer support software provider, today announced that Zendesk for Twitter now allows customer support agents to navigate Twitter posts from within the Zendesk interface. Because of the ability of Twitter to publicly announce customer support issues and share them with your network, Twitter has become a popular medium for companies to monitor their reputation and act on those issues. It’s fantastic that Zendesk identified the opportunity and integrated it directly into their support platform! 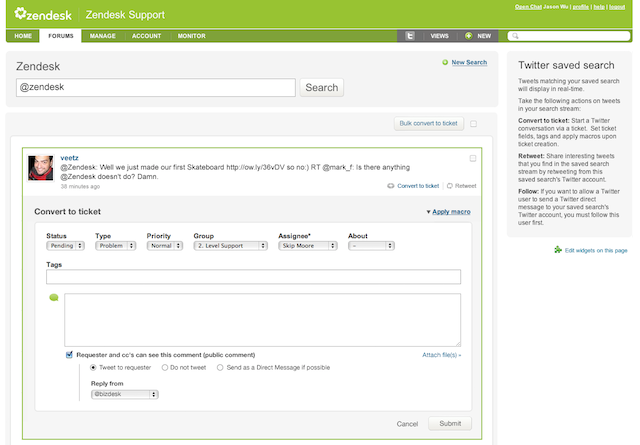 Now, agents can perform a wide variety of Twitter functions without ever leaving the familiar Zendesk interface, including:

There is no better way to improve customer satisfaction and attract more prospects than to show them you are truly listening. Twitter represents the most rapidly growing social channel for the voice of the customer. Organizations that care about brand image and support understand the increasing importance of listening to customer feedback via Twitter. Zendesk for Twitter brings the power of social feedback and standard workflow together into one meaningful process. Maksim Ovsyannikov, Vice President Product Management, Zendesk

Here’s a screenshot of the search results directly integrated from Twitter: 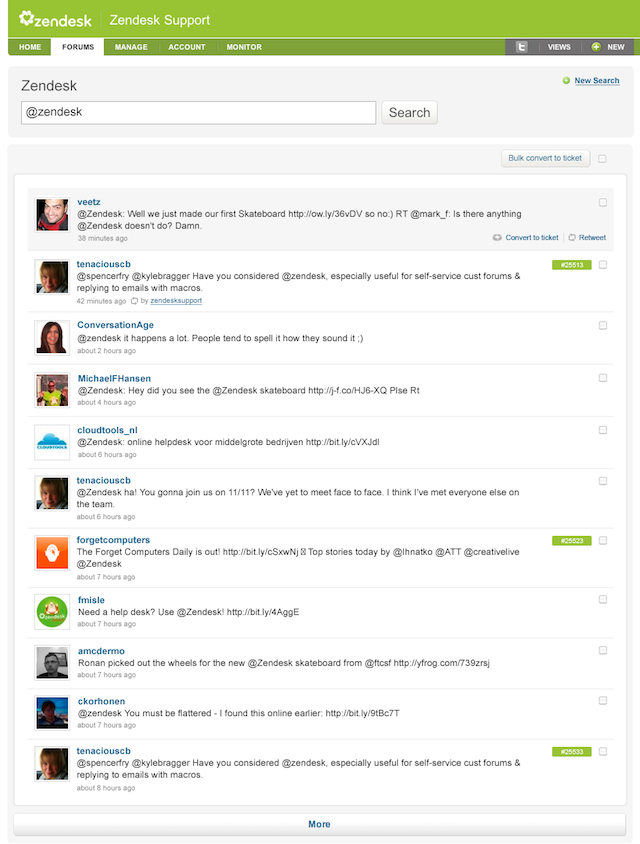