We work with a lot of marketing technology companies to develop in-depth content and research for infographics, whitepapers, videos and their content marketing strategies as a whole. For the most part, we always try to utilize the strength of their brand. It’s important to have the voice and visuals associated with a company or its products or services in the material they distribute.

Put simply, your brand is what your prospect thinks of when he or she hears your brand name. It’s everything the public thinks it knows about your name brand offering—both factual (e.g. It comes in a robin’s-egg-blue box), and emotional (e.g. It’s romantic). Your brand name exists objectively; people can see it. It’s fixed. But your brand exists only in someone’s mind. Jerry McLaughlin, What is a Brand, Anyway?

Other times, we opt out of branding their distributed media. Often it’s when we develop infographics. Distributed media like whitepapers and infographics have a much greater opportunity to be shared across sites. When they appear as one big advertisement, though, it hurts the chances of getting that content shared. You need to determine how strong to brand your distributed content and whether it will hurt its ability to be shared.

As an example, we’ve worked on a series of infographics for Angie’s List. Angie’s List has such an amazingly trusted and strong brand on and off the web that utilizing their brand was a no-brainer. People will tend to share the content simply because it’s trusted and recognizable. Check out a Guide to Dental Care and A Season by Season Guide to Landscaping and Lawn Care. We’ve utilized Angie’s List branding, styling and logo throughout each of the infographics: 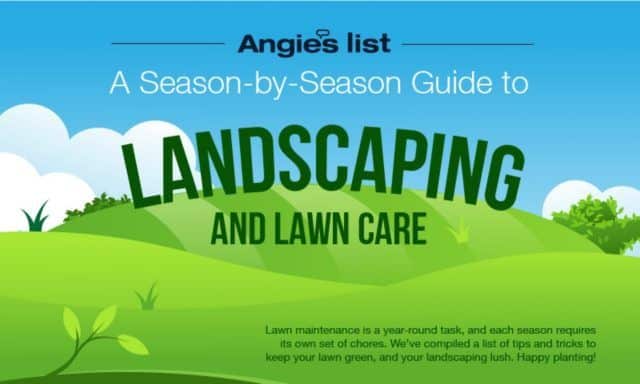 At other times, we worked with companies who were not well-known and lacked a strong brand, so we focused on the story behind the piece rather than the company’s branding to come up with a very strong infographic that was successful, shared widely, and led the user to a landing page where they could focus on the subject matter rather than the company. We even utilized a Halloween theme since the infographic was timed around Halloween!

Our focus in the latter was to get the topic distributed without overwhelming branding that might make online publishers hesitant about sharing the infographic. And it worked!

Still, at other times, we’ve pushed a series of infographics that were strongly branded per the client’s site but not overtly advertising the brand. We wanted the infographic series to build authority in their industry quietly so that publishers shared the media and didn’t recognize that they were strongly branded… it just looked as though they all had the same styling. With each infographic, the distribution widened. Unfortunately, the client (mistakenly) rebranded after leaving us and they lost all of the momentum that had been built up so I’m not going to show them off.

On this longer-term strategy, our goal was for this company to be seen as the source of expertise within their industry. In other words – we were utilizing the infographics to build their brand, not to focus on it.

How you brand your distributed media can have a huge impact on its ability to be shared. Strong branding can turn off online publishers – regardless of the strength of the video, infographic or whitepaper. We get pitched daily on infographics in the marketing industry – and we often turn down those examples where it’s basically a giant advertisement. Publishers don’t want to advertise for you, they want to utilize the great media you’ve developed to build value with their audience. Be deliberate in the depth of the branding you utilize when developing your content.