Pre-launch phase is one of the most critical periods in the lifecycle of an app. Publishers have to deal with myriads of tasks which put their time management and priority setting skills to the test. However, an overwhelming majority of app marketers fail to realize that skillful A/B testing can smooth things down for them and assist in various pre-launch tasks.

There are many ways publishers can put A/B testing into use before app's debut in a store: from enhancing product page converting power to hitting it right on the head with the positioning of your app. This list of split-testing functions can redefine your pre-launch strategy saving time and contributing its efficiency.

All store product page elements (from name to screenshots) have their role in forming users' perception of an app. These app page pieces have an enormous impact on conversion. Nevertheless, lots of marketers neglect their importance especially when an app is not in a store yet.

Even analytical minds that wouldn't alter a single keyword without a proper research tend to forget that app's product page is an ultimate decision-making destination. Icon, screenshots, description, etc. have to represent the essence of your app just like keywords or even better.

Trusting instincts is not enough. Unfortunately, it's standard practice to put diligence aside and rely on a subjective opinion of your team members ignoring available app store optimization options. A/B testing makes you leave all guessing games behind and be guided by statistically significant numbers.

Split-testing is the best tool for perfecting your product page elements cracking the most converting combinations. Facebook can be used to check appeal of individual elements within ads campaigns.

For example, Space Ape Games used Facebook Ads to choose the name tagline for the upcoming Transformers game. They created three landing pages mentioning differeте app names and initiated 3 Facebook ads campaign with identical targeting. As a result, the variant ‘Transformers: Earth Wars' won and was used for all marketing activities for an app. 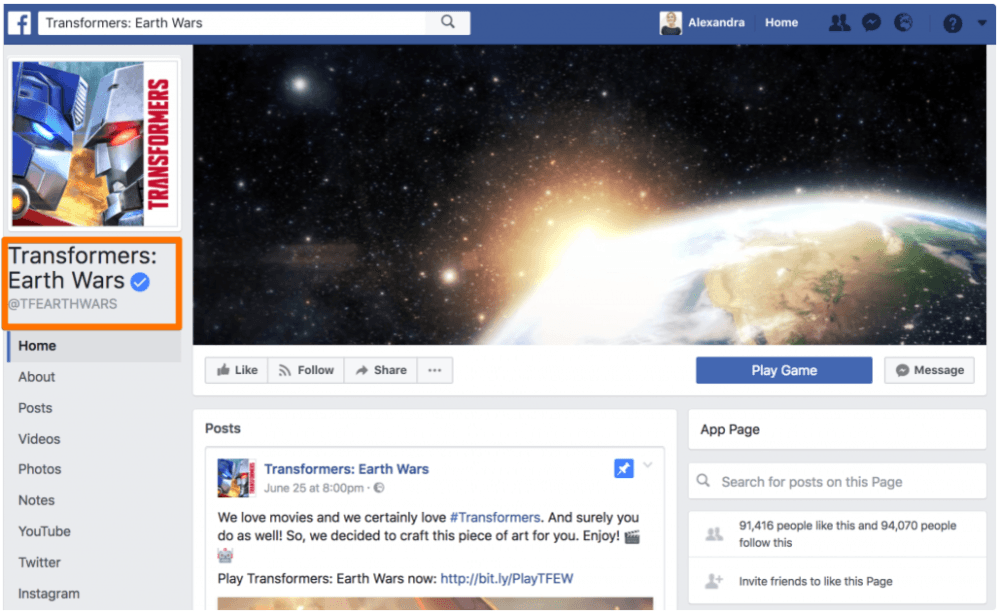 However, Facebook ads don't provide context. So, when it comes to more complex and dedicated approaches, it's better to use platforms for emulating an app store such as SplitMetrics.

A/B testing results can be surprising indeed. Rovio learned this lesson before launching ‘Angry Birds 2′. It turned out that portrait screenshots performed way better than landscape ones which contradict overall gaming tendency. Split-experiments proved that ‘Angry Birds' customers can't be qualified as hardcore gamers so industry trends can't be applied. 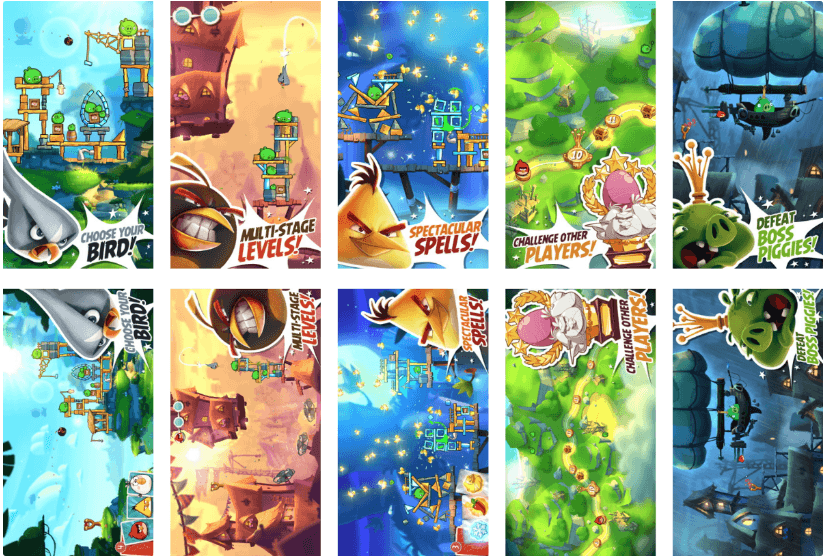 Therefore, pre-launch split-testing prevented a bitter error of using screenshots with the wrong orientation. Upon ‘Angry Birds 2′ release, the app got 2,5 million of extra installs in just a week.

Thus, intelligent optimization of all product page elements ensures the best possible conversion on both organic and paid traffic during critical first weeks of app's life in a store.

Having a clear vision of your ideal target audience is a core element of any app successes. The sooner you identify who your customers are, the better. A/B tests assist in solving this problem even when your app is not in the store.

You can find out who is more likely to install your app running experiments on different demographic groups. These data are vital for any further marketing activities once your app is live. For example, G5 Entertainment ran a series of experiments for their ‘Hidden City' app and found out that their most converting targeting is a 35+ female who loves board games and is interested in puzzles, riddle, and mysteries.

A/B testing is indispensable for ad channels qualification as well. Discovery of an ad source which brings a lot of loyal users advances any marketing game plan. App publishing companies check the performance of different ad channels via split-testing. At comparing their performance, they opted for one of the variants for the promotion of their new games and apps.

Publishers usually meet the dilemma of picking app's features that resonate most with their target audience the most. There's no need to read tea leaves, just run a series of A/B tests. For instance, Prisma came up to split-testing to identify users favorite effects among ones the app offers:

If you plan to have a paid app, A/B testing can help you ensure the rightfulness of this decision. It's highly important to determine the price which won't frighten away potential customers. A/B testing may even show that you have to revision app's pricing policy for the sake of free model with in-app purchases.

FiftyThree succeeds in Localization Thanks to Split-Tests

Pre-launch phase or period before major app redesign is really favourable for localizing your app. However, it's not enough to merely translate description, and you should localize beyond the text. It's important to understand that you're adapting your product for another culture, not just another language. A/B experiments are handy to test various cultural hypotheses.

For instance, FiftyThree used split-testing to localize their Paper app for the Chinese-speaking market. Renewed screenshots in Chinese with multicolored backgrounds had 33% better conversion than the English ones. 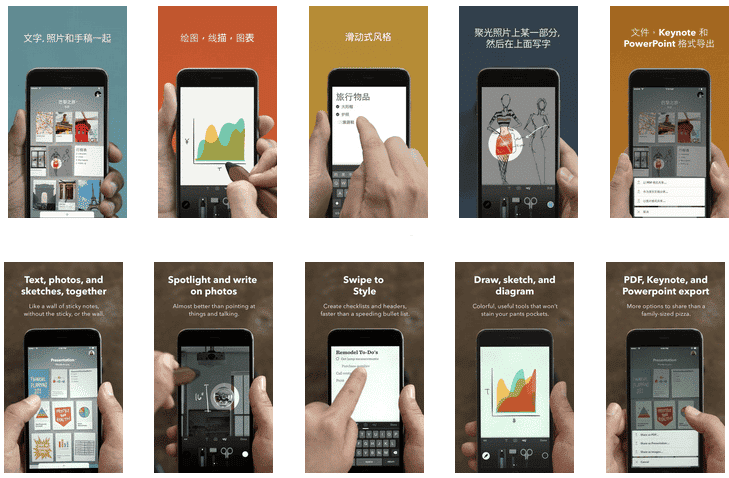 There's no need to give yourself a hard time trying to guess what will work better for your app prior its launch. Using A/B testing, you can empower your conversion even when app isn't even live. Thus, you'll ensure stellar results right from the start of your app's life in a store.

Split-testing doesn't only takes conversion rate to the brand new level; it also facilitates decision-making process making it transparent and eliminating unnecessary team conflicts. Plus, using platforms like SplitMetrics, marketers also get valuable insights on users behaviour which can be used for further development of an app and store page polishing.