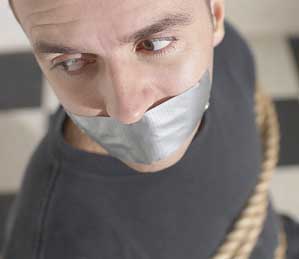 This weekend I started up a conversation with a local artist who has been assisting her boss with the management of a couple of web applications her boss owns.

The conversation took a turn and some venting went on about paying weekly development fees without seeing any progress with the developer they’ve been working with. Now the developer wants to charge them another lump sum fee to complete the project as well as a weekly maintenance fee to cover other requests. It gets worse.

The developer transferred the domain names so he could manage them. The developer also hosts the application on his hosting account. In short, the developer is now holding them hostage.

Thankfully, the woman I’m working with demanded administrative access in the past to edit some of the template files for the site. The developer could have provided her limited access but he didn’t. He (lazily) provided her with the administrative login to the site. Tonight I used that access to backup all of the code for the site. I also figured out what management software he was using and made my way to the database administration where I was able to export both applications’ data and table structures. Whew.

The owner was planning on moving the sites to new domain names once development was completed. That’s huge because it means the current domains could expire in the event that there’s an angry separation between the developer and the company. I’ve seen this happen before.

Some tips if you’re going to get an outsourced development team:

The bottom line is that you’re paying for your developer’s talent but you must retain control and ownership over the idea. It’s yours. It was you who invested in it, you who risked your business and profitability for it… and it’s you who should keep it. Developers can be replaced and that should never put your application, or worse – your business, at risk.